Let’s take a break from the awkward moments for a bit. Let’s get real here and realize that the world we live in has become so corrupted by sin, i.e. selfishness, that a great many of us can no longer tell the difference between good and evil, much less distinguish between that which is utterly evil and that which, while profound, pales in comparison. 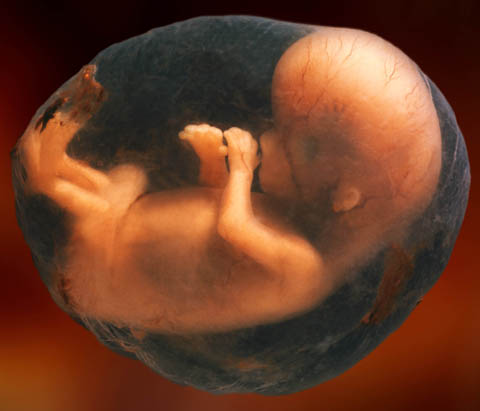 What am I talking about? Simply this: any person who thinks that abortion is not the single most important problem facing our nation and world is either fooling themselves or is a fool. The utter moral depravity that compares abortion to economics or gun control is quite simply, unconscionable.

There is no argument, no rationale that justifies the killing of an innocent human being in his mother’s womb. None. Nada. Nothing. The very thought of arguing with a person (this happened to me recently) about priorities makes me want to scream and shake them until they wake up. Of course, in normal human discourse, this isn’t an option and moreover rarely ever works.

No, I’m not flippantly brushing off the importance of a healthy, just economic system, the right of persons to defend themselves, quality education, or any other issue. Each, in its own right, is urgently important. But, come on! I mean, we’re comparing quality education to ripping a defenseless human being limb from limb who has been proven to feel pain and fights against the torturous instruments of its death. It’s as if we live in 1930’s Nazi Germany and we’re debating the economy all the while the police are rounding up Jews and invalids for extermination. Here’s a scene from “Life Is Beautiful” for an example of what I’m talking about.

I recently read an article from David Andrusko[1] on LifeNews.com where he quoted G.K. Chesterton: “All men matter. You matter. I matter. It’s the hardest thing in theology to believe.” And in this Mr. Chesterton speaks truth. God created the entire universe and yet thought that it wasn’t yet complete until you were in it. Now, that doesn’t just apply to those we deem “wanted” or “worthy.” It applies TO EVERY SINGLE HUMAN BEING! God, not you, gets to decide who lives and who dies. God gets to decide which souls get created, not you, not me, not Hitler, the abortionist, Donald Trump, or the president of the United States.

Each time a new human life comes into existence it is a brand new act of creation. Did you realize that? God doesn’t have a giant gumball machine full of souls up in heaven waiting for couples (or scientists) to join a sperm and egg. Each time he reaches down and intentionally creates a brand new soul that will live for eternity, one whom the world has never before seen, that will never again be repeated in the history of eternity. From this perspective, God’s perspective, which do you think he cares more about… quality education, a good economy, or the life and dignity of the human person?

The baby matters because God has willed it into existence– from all eternity he has been contemplating that particular soul and waiting more anxiously than a dad awaits his firstborn son. That baby is wanted–perhaps not by its own mother or father–but is wanted passionately, deeply and eternally. And that baby’s right to life is more urgent than any gun laws or health care laws or immigration laws.

And let me just stop you now– you cannot argue against this. Well, you can try, but all you will succeed in doing is proving yourself a fool, or worse, completely oblivious to the reality of evil permeating our society.